The idea of magic dates to our earliest days of civilization, acting as the alleged source of both wondrous miracles and horrible curses. Although witchcraft and spell casting used to be an unspeakable taboo, modern times have been more kind to these curious concepts. After the Harry Potter books became massively popular in the late 1990s, the themes of magic and mysticism have become interwoven in pop culture, resulting in some genuinely magnificent entertainment pieces.

When used correctly, magic is a perfect way to add layers to fantasy storytelling, capturing our imaginations and transporting us to a world where anything is possible. In the case of the best tv shows about magic, creative showrunners have used magic to expand their universes or establish mystifying new ones.

The Top 10 TV Shows About Magic

To celebrate the unusual and evocative stories that magic affords, we’re counting down the top 10 tv shows about magic, ranked in order of their score on IMDb. So, if you’re itching for a great show that will enchant you with the mysteries of magic, check out any of these picks!

Out to avenge his mother's death, a college student pledges to a secret order and lands in a war between werewolves and practitioners of dark magic. When Belgrave University student Jack Morton joins a fabled secret society, the Hermetic Order of the Blue Rose, he is thrust into a world of magic, monsters and intrigue. Out to avenge his mother's death, he uncovers dark family secrets and lands in an underground battle being waged between werewolves and practitioners of dark magic. Assisting Jack in the fight is Alyssa, a tour guide at Belgrave and fellow member of the Order, which is led by Jack's estranged father.

A live-action adaptation of Nickelodeon's Winx Club (2004). It follows Bloom as she adjusts to life in the Otherworld, where she must learn to control her dangerous magical powers.

The Wheel of Time

The Wheel of Time is one of the most popular and enduring fantasy series of all time, with more than 90 million books sold. Set in a sprawling, epic world where magic exists and only certain women are allowed to access it, the story follows Moiraine (Rosamund Pike), a member of the incredibly powerful all-female organization called the Aes Sedai, as she arrives in the small town of Two Rivers. There, she embarks on a dangerous, world-spanning journey with five young men and women, one of whom is prophesied to be the Dragon Reborn, who will either save or destroy humanity.

The Chilling Adventures of Sabrina

As her 16th birthday nears, Sabrina must choose between the witch world of her family and the human world of her friends. Based on the Archie comic. This adaptation of the "Sabrina the Teenage Witch" tale is a dark coming-of-age story that traffics in horror and the occult. In the reimagined origin story, Sabrina Spellman wrestles to reconcile her dual nature -- half-witch, half-mortal -- while standing against the evil forces that threaten her, her family -- including aunts Hilda and Zelda -- and the daylight world humans inhabit. Kiernan Shipka ("Mad Men") leads the cast in the titular role of the show that is based on a comic series of the same name.

Alina Starkov, a cartographer in the First Army of Ravka, discovers that she is a Grisha (a person who can perform "small science") with the ability of summoning light. When her ability is revealed to the world, tensions arise between the nations of Ravka, Shu Han, and Fjerda. With the mentorship of General Kirigan, a Grisha with the ability to control darkness, Alina becomes Ravka's only hope of destroying the Shadow Fold—a region of impenetrable darkness that has stained the land for hundreds of years and split East and West Ravka. At the same time, a crew of thieves in the trade hub of Ketterdam known as the Crows attempt to kidnap Alina and win a fortune.

This action-packed fantasy-drama revisits the saga of King Arthur and his wizard, Merlin, by focusing on the two characters when they were ambitious young men struggling to understand their destinies. In this telling, Prince Arthur is known to be the heir to the throne (no sword from the stone here). And he is acquainted with all those who will one day form the legend of Camelot, including Lancelot, Guinevere, and Morgana. Merlin is also forced to deal with King Uther's Great Purge, which bans all use of magic.

After being recruited to a secretive academy, a group of students discover that the magic they read about as children is very real-and more dangerous than they ever imagined.

A homicide detective discovers he is a descendant of hunters who fight supernatural forces.

Adapting Philip Pullman's award-winning trilogy of the same name, HIS DARK MATERIALS series follows Lyra (Dafne Keen), a seemingly ordinary but brave young woman from another world, stays with the scholars in a college in Oxford. During a quest to find her missing friend, she discovers a secret that involves several kidnappings.

A Discovery of Witches

In addition to Goode and Palmer, the series features a strong ensemble cast including Owen Teale, Malin Buska, Alex Kingston, Aiysha Hart, Edward Bluemel, Lindsay Duncan, Peter McDonald, Trevor Eve, Gregg Chillin, Adelle Leonce, Tanya Moodie, Daniel Ezra, Toby Regbo, Steven Cree, Jacob Ifan, Ivanno Jeremiah, Greg McHugh, Olivier Huband, Paul Rhys and Parker Sawyers. A Discovery of Witches Season 3 is based on the 'The Book of Life' novel from Deborah Harkness's bestselling All Souls trilogy and is the third and final installment. A Discovery of Witches is a Sky Original series and was commissioned by Zai Bennett, Managing Director of Content, Sky UK. Kara Manley is the executive producer for Sky Studios and the show is made by Bad Wolf. Executive Producers for Bad Wolf are Lachlan MacKinnon, Jane Tranter, Deborah Harkness, Lisa Holdsworth, Helen Raynor. "A Discovery of Witches" is a fantasy series based on the similarly-named novel of the "All Souls" trilogy, written by Deborah Harkness. Reluctant witch/historian Diana Bishop discovers a bewitched manuscript in the Bodleian library. As she attempts to unravel the secrets this book holds about magical creatures, she is forced back into the world of magic, full of vampires, daemons, witches and forbidden love. Forming an unlikely alliance, geneticist and vampire Matthew Clairmont helps Diana to attempt to protect the book and solve the riddles within, while at the same time dodging threats from the magical creature world. A Discovery Of Witches season 3 has resumed filming after a brief delay due to a positive COVID test. The show paused production on October 8 and has since got up and running again, with affected crew self-isolating. A Sky spokesperson said: “A Discovery Of Witches S3 production was temporarily suspended with affected crew self-isolating. However, since 8th October we have now resumed production, after following the various guidelines and safety protocols.”

Set on a fictional, medieval-inspired landmass known as "the Continent", The Witcher explores the legend of Geralt of Rivia and princess Ciri, who are linked by destiny to each other. It stars Henry Cavill, Freya Allan, and Anya Chalotra. The show initially follows the three main protagonists at different points of time, exploring formative events that shaped their characters, before eventually merging into a single timeline.

George R.R. Martin's best-selling book series "A Song of Ice and Fire" is brought to the screen as HBO sinks its considerable storytelling teeth into the medieval fantasy epic. It's the depiction of two powerful families -- kings and queens, knights and renegades, liars and honest men -- playing a deadly game for control of the Seven Kingdoms of Westeros, and to sit atop the Iron Throne. Martin is credited as a co-executive producer and one of the writers for the series, whose shooting locations include Northern Ireland, Malta, Croatia and Spain. 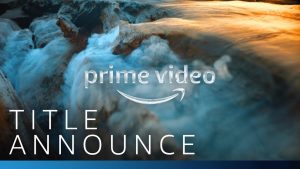 The Lord of the Rings: The Rings of Power

This epic drama is set thousands of years before the events of J.R.R. Tolkien's The Hobbit and The Lord of the Rings, and will take... Read More

As you can no doubt see from the compelling variety on this list, the best shows about magic are far from one-trick ponies. Whether used as a mystical element of conflict or a way to connect worlds familiar and new, these engaging tv shows all use magic to immense success. With new shows like The Lord of the Rings: Rings of Power on the horizon, we hope to see even more magical media in the future.

Best of
« Previous
The Best Netflix Shows About Moms
Next »
Shows Like On the Case with Paula Zahn; Find Similar Series